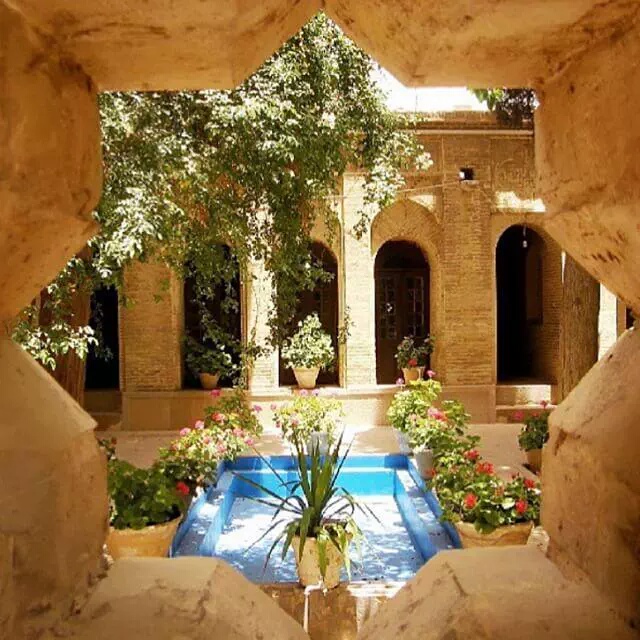 There is an old Persian saying that goes, “Isfahan nesf-e jahan”, which means that Isfahan is half the world. During my countless visit to this magnificent city in central Iran, I slowly unravelled its layers to better grasp this rhyming proverb. I delved into the palaces, mosques, bridges and gardens, and then I explored some more. After all the hours spent uncovering the city, I could more or less narrate a rather comprehensive – though not exhaustive – list of things to do in the city of Isfahan.

1. Wander all the corners of Naqsh-e-Jahan Square

The intricate tiles that adorn the exterior of the Shah Mosque.

Meeting of sorts in front of the Sheikh Loftollah Mosque.

A massive public space in the centre of Isfahan, Naqsh-e-Jahan Square, also known as Imam Square, is a fine example of the architectural gems built during the Safavid empire. Tourists congregate at this UNESCO World Heritage Site to see it with their own eyes before zooming it to the attractions that flank each side of the square: Sheikh Lotfollah Mosque, Ali Qapu Palace, Shah Mosque and the Qeysarie Gate, which is the main portal to the bazaar of Isfahan. Take your time to visit each of these attractions and devour the history behind them.

2. Take a breath and have a picnic in the square

Horse-drawn carriages making their rounds around the square.

Locals enjoying a picnic on the lawn.

Don’t rush in and out of Naqsh-e-Jahan Square. Instead, slow things down and have a seat on the grassy lawn where you’ll find locals having picnics with their friends or families. You’ll hear the sounds of laughter and children playing, and the clear jingle of the horse-drawn carriages that take tourists around the square.

3. Go shopping at the Grand Bazaar of Isfahan

The colours inside a carpet shop in the bazaar.

Walk the circumference of Naqsh-e-Jahan Square through the bazaar and then from the Qeysarie Gate, disappear into the labyrinth that is the Grand Bazaar of Isfahan. Underneath its arched ceilings and domes you’ll find handicrafts, carpets, spices, clothes, and so much more. This covered bazaar, which was originally constructed in the 11th century, stretches all the way to Jameh Mosque.

4. Walk through time in Jameh Mosque

The courtyard of Jameh Mosque.

The honeycomb-like design of the curved ceiling.

During my visit to Jameh Mosque, I had the sense of walking through time – and quite rightfully so, as this mosque underwent gradual changes from the 8th century to the end of the 20th century. Given the nature of its construction, with additions and remodelling throughout different dynasties, the mosque has varied styles in different areas. The result is a unique concoction of Iranian architecture under one roof – or rather, under four “iwans” (prayer halls).

At the northwest of Jameh Mosque is Majlesi Tomb, a mausoleum dedicated to Mohammad-Baqer Majlesi, a renowned and influential Twelver Shi’a cleric during the Safavid Era. He is most well-known for his compilation of an encyclopedia of Hadiths (records detailing the life of the Islamic prophet Muhammad and the twelve Imams) that amounts to 110 volumes. During my visit on a Friday afternoon, the mausoleum was filled with chador-clad women, some sitting on the ground reading religious texts and others surrounding the tomb to put their hands on it.

The view from the pavilion of Chehel Sotoun Palace

A stone’s throw away from Naqsh-e-Jahan Square is Chehel Sotoun Palace, which has been graced by royals and dignitaries since the 1600s. Built by Shah Abbas II as a site for entertainment and for receiving important guests, Chehel Sotoun Palace is recognisable by its 20 slender wooden columns that support the entrance pavilion. Its name which means “40 columns” is inspired by the number of columns seen when the pavilion is reflected on the long pool in front of it.

7. Dangle your feet off Siosepol

The majestic Siosepol sitting atop the parched riverbed.

From Chehel Sotoun Palace, walk south down Chahar Bagh e Abbasi Street and you’ll eventually reach Siosepol. While the bridge spans the Zayandeh River, more often than not these days the riverbed will be dry due to a combination of drought and water extraction. The double-storey Siosepol has 33 arches which you can sit under and dangle your feet. And when the river is dry, it’s safe to explore the lower level too.