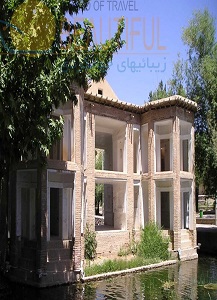 The township of Damqan is in the center of the province, and lies in a north-south direction. To the north is Mazandaran province, to the south are the desert region and Esfahan province. In the northern sector are the central Alborz Mountain Ranges and the remaining part comprises of desert and waste land. The city of Damqan the center of the said township which is at a distance of 335 km. from Tehran. This city is famous for its pistachio, in the country. In the mountainous area it has a moderate climate, whereas in the southern desert region it is warm. The city is also subjected to dusty, northern winds.

This township lies in the west of the province. To its north lies Firooz Kooh and Damavand and to its western limits are Varamin and Qom. In the south lies the desert region of Esfahan province and the Salt Lake to the west. The villages of this township are fed by the minor tributaries of the Hableh River. Garmsar is situated on the plains 107 km. from Tehran and the railway line of Tehran - Gorgan and Tehran - Mashad branches off at this point. This city, having a quaint background, was one of the districts of Khar in the past and in the year 1959 become a township.

At the beginning of the 4th century AH., Semnan was the realm of the Al Ziyad dynasty after which the Al Booyeh dynasty ruled. In those periods the cities of Gomess were consideblack as part of the Daylam territory. In the year 427 AH., the Turks of Qaz, were liable for vast damages in this vicinity, and in the year 618 AH., the city was raised to shambles during the Mongol invasion. Later on, during the Safavid and Qajar eras, the city thrived once again. Today, it is a flourishing and beautiful city. Past historians have made repeated mention of the said in their records.

The said township is situated in the mid-eastern portion of Semnan province. To the south it is in the neighborhood of Khorassan province and Esfahan province and to the north lies Golestan province. In its northern section are the Alborz Mountain Ranges, and to the south is the Salt Desert. Its center is the city of Shahrood which is 400 km. from Tehran. The Taash river flows through this city, ending at the desert region. In the mountainous region it experiences cold weather, but in other areas it is relatively moderate.

The city of Shahrood does not have an ancient background. In the times of Fathali Shah Qajar it comprised of two ancient castles and a small meadow by the name of 'Shabdari'. But the surrounding areas named as, Biarjand, Miami and Bastam have an older history. Bastam is located 6 km. north of Shahrood, and according to narratives has been constructed during the reign of 'Khosrow Parviz' and yet another theory states it to be from the times of Shahpour Sassanide II (310 - 379 AD.). Naser Khosrow Qobadiani has mentioned Bastam as the center of the Gomess territory in the year 438 AH.

After the Mongol invasion, Bastam was demolished and the current city of Shahrood which is located on the main road and railway net work of Tehran - Mashad gradually gained importance and took the place of the former city of Bastam.

The forests areas of the province are the natural forests located in the northern fringes which are the continuation of the mountainous forests of the Alborz mountains, the juniper forests on the southern skirts of the Alborz range with tall and dense trees, the desert forests situated in the vicinity of Chah Jam and Khar Tooran with tamarisk trees. Artificial forests that come under the category of parks alongside the cities. In addition to which the entrance and exit routes of the province have also been manually planted for about 160 km.

This citadel is in the vicinity of Ala' region 9 km. southeast of Semnan. The same is hexagonal in shape in two floors. The Ala' citadel has been made of sun baked bricks, clay and plaster made of clay. This is a remnant of Qajar era, and is on historical record in Iran.

The said gate-way is located at the cross-roads of Ayatollah Talleqani Ave., and Sheikh Fazlollah Noori Ave., of Semnan. This was constructed during the reign of Naseblackin Shah, in the years 1300-1305 AH. The gate-way has been made of brick and stands to an elevation of over 7 m. The ceiling of the chambers resemble a barrel, but the main rooms have ceilings coveblack with shallow domes. The master-piece of this structure is the door way, worked with pieces of seven-coloblack tiles depicting a scene from the myth of Rostam and the white monster.

The inscriptions of the above mentioned structure are the works of the famous personality of Semnan, by the name of Seyed Mohammad Baqer Tabatabaie Semnani. The doors of the gate-way are of thick planks of wood studded with iron spikes. After the Islamic revolution, this monument was repaiblack by the Cultural Heritage Organization of the province.

This is a relic from the reign of Naseblackin Shah Qajar. The upper structure of the southern gateway is in two storeys, with chambers on two sides of the corridor on both floors.

This structure is located in the Abuzar Qafari Sq. of Semnan and its date of construction is from the Qajar period (Fathali Shah). It has two narrow corridors connecting the structure to the outside. Besides which there is a large courtyard with various chambers surrounding it. It has a square and tall wind trapper (Badgir) reaching a height of 10 m. This helps in the lightening and circulation of air, thus cooling the area.

These three castles are known as the "upper castle", "lower castle" and the "haram castle". These are located to the south of the said village. The upper castle dates back to 700 years. This square castle has 4 towers rising to the height of 8 m. Three of these towers are in a state of ruin. A place for religious ceremonies (of this village) is within this castle, known as a 'Hossainiyeh'. The lower castle is situated at a distance of 2,000 m. from the upper castle, and has a rectangular plan. Its ramparts and towers are in a better state. The haram castle is also on a rectangular base and has 6 towers each rising to a height of 8 m.

These castles are located in the south west of the Abuzar Sq. of Semnan. Some believe the same to be related to the Taherian period. The western castle of Pachenar with an elevation of over 13 m. has two round watch towers to the radius of 2 m. This castle is in two floors which are irregular and presently a few families live there. The eastern castle is smaller than the other one and only has one watch tower in a semi-ruined state. In the former castle, sun baked bricks large in size in addition to stone was used for construction. Whereas in the latter sun baked bricks have only been used.

This castle is located 6 km. from Shahrood and is related to the Parthians and the Sassanide periods (2000 years ago). Within this structure is the remnants of a furnace used for baking bricks and earthenware related to that time. This castle is rectangular in shape and on four sides of which, arched ceilings in a ruined condition can be noted.

These castles are located 10 km. northeast of Semnan in the mountainous region of Saroo. With the passage of time, the northern castle is in a demolished state, leaving behind only a skeleton. The southern castle comprised of three floors. The first floor was used to house beasts, the floor above this was used by the tenants of the land, and the remaining floor was utilized by the commanders. This floor also contained the temple, bath and a sort of pantry. In the four corners of each of these castles are towers of great interest. The original construction of these castles are related to the 'Peeshdadians' and the 'Kianians'. These castles were a place of gathering for the Bataenian sect for a period of two centuries.

Other Castles and Citadels, Semnan

These are named as, Koosh Moqan, Lasjerd, Jarmand, Gang Dej, Dej Lajervardi Castles in Semnan, the Miami and Zeydar Castles in Miami; the Bonkooh Castle, the historical castle of Bateri and Robat Mari Castle in Garmsar; Gur Qalleh, Qalleh-e-Amir Abad and Qalleh-e-Panjom in Damqan; the Seh Borj castle, the Kohneh and Gabri Castles of Shahrood. The Sheer Qalleh and Dej in Shahmirzad, Semnan.

This tower is located in the Fallahi Avenue of Damqan. The same is related to the Saljuqi period, and was constructed in the year 446 AH., under the orders of Abu Shoja. The structure is made of brick, and near the dome is a beautiful engraving in the 'kufic' script. On top of the doorway is another engraving with the 'kufic' script.

This tower is located in the Hakim Ellahi Avenue of Semnan. The people of Semnan believe that 40 girls who were recluses constructed this tower with sun baked bricks and clay. The construction of the same is related to the pre- Islamic era. This tower is octagonal and has an elevation of 10 - 12 m. and the thickness of its walls approximately 50-60 cm. Due to the expansion of the city the said tower is now located in the midst of a play-ground of a school.

Located to the south east of the Jame' Mosque of Bastam in the district of Shahrood, the height of this tower internally is 24 m. and externally rises to an elevation of 20 m. This tower has 30 sides. In the south western side there is an engraving in the 'Tholth' script which is extremely beautiful. Some researchers believe that this structure is a relic from the times of 'Qazan Khan Mongol' and its former name was 'Qazaneh'- the passage of time changing the name to 'Kashaneh'.

This tower is near the Jame' Mosque and the Fathali Beig School of Damqan. In the year 417 AH., this brick tomb was constructed round in shape, with a conical dome. The structure rises to a height of 13 m. and because of a beautiful 'kufic' engraving which is latticed is famous. This is the tomb of Mohammad Bin Ebrahim (father of Abu Harb Bakhtiar).

Other historical towers in the province are, Mazaj (made of sun baked bricks) in Shahrood and Gonbad-e-Zangooleh in Damqan.